Multiple upload of images for the galleries

Previously, when we wanted to add more than one image in a gallery, we found that we had to do it one at a time and if, as often happens, we had many images to upload and this task became a heavy and laborious job.

From now on, this is over, the new functionality for the galleries allows you to add multiple images simultaneously, being able to select and upload several images in a single step.

In the following image we can see the new option added in the galleries: 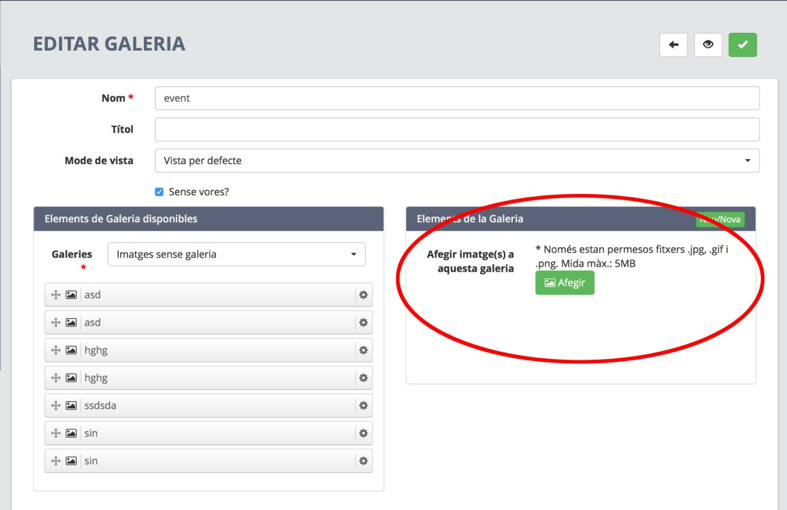 And then as it allows us to select simultaneously more than one image: 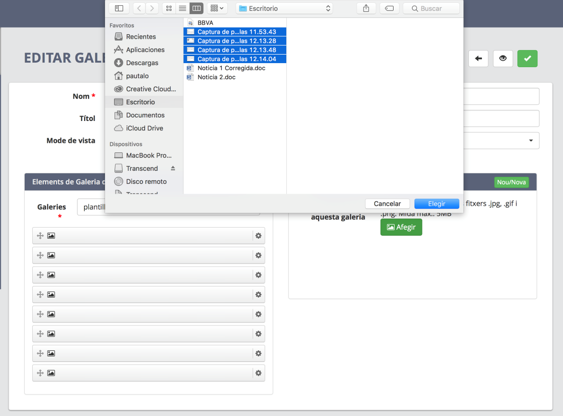 Finally, let's see how the images would appear once uploaded: 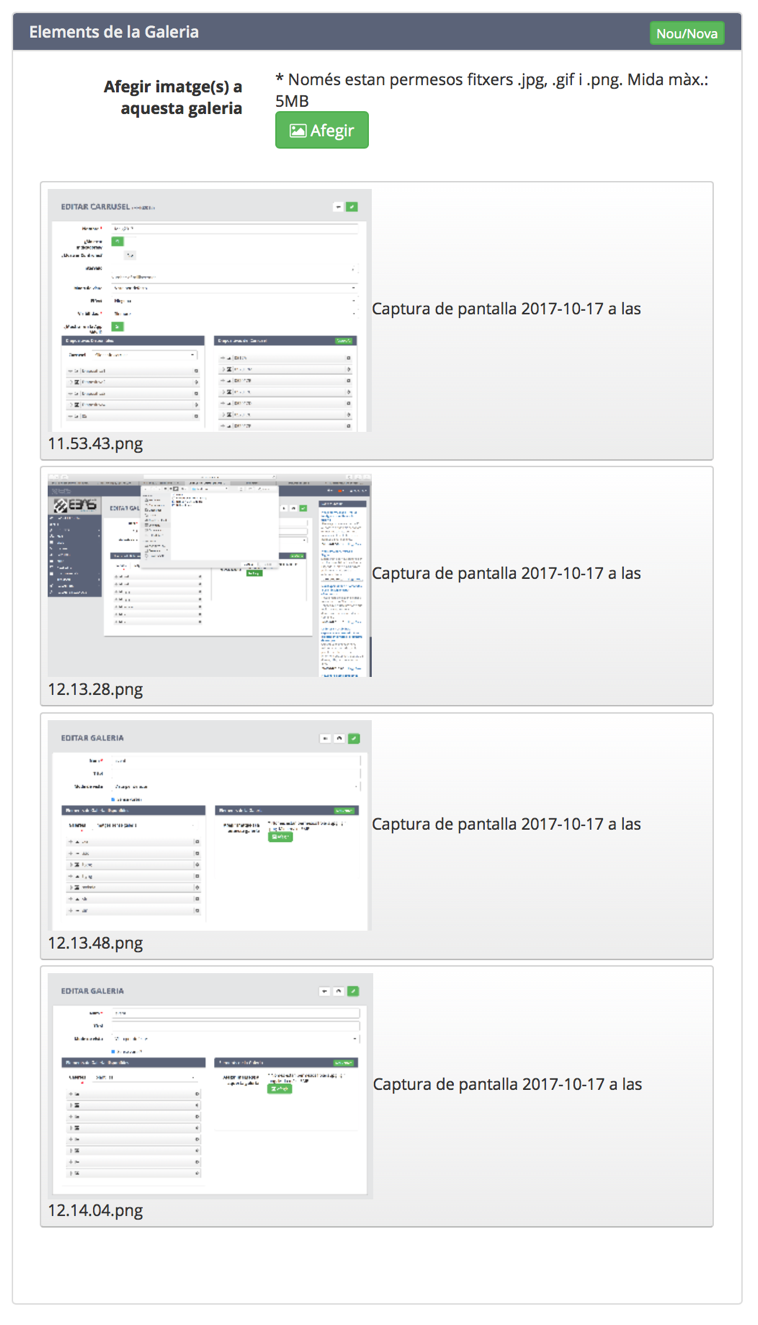 Facebook Twitter LinkedIn WhatsApp Email
Add Comment
We use our own and third-party cookies to improve our services and show you advertising related to your preferences by analyzing your browsing habits. If you go on surfing, we will consider you accepting its use. You can change the settings or get more in More information
Cookies settings Ok